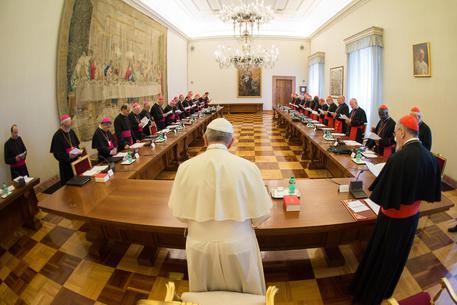 (ANSA) - Rome, July 21 - As many as 33 million tourists and pilgrims are expected to visit Rome during the Jubilee year that begins in December, Censis said Tuesday.
The research firm said that about 70% of the visitors will come from abroad, spending an estimated eight billion euros.
According to Censis, about 25 million tourists came to Rome for the Jubilee of 2000, and it expects a sizeable increase for this Holy Year.
"The extraordinary flow of tourists will be part of the great wave seeing the growing attractiveness of Rome," said Censis.
It added that includes "a proliferation" of visitors who now see Rome as a day trip rather than a place worth staying overnight or longer.
Pope Francis Francis announced the special Jubilee year to begin December 8 and end November 20, 2016 on the second anniversary of his election last March to underscore a central spiritual theme of his pontificate.
The Jubilee has been dedicated to the theme of Mercy.
http://popefrancisnewsapp.com/