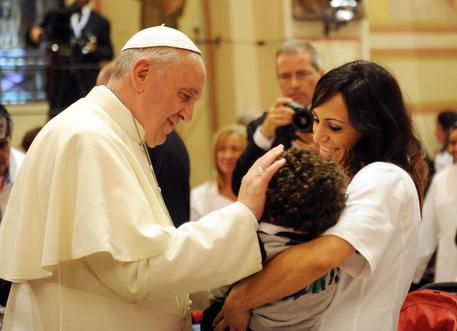 (ANSA) - Vatican City, June 25 - Pope Francis on Thursday said he wanted to follow in the footsteps of his predecessors Pope John XXIII and Pope John Paul II in pursuing dialogue between Catholics and Jews.
"I wish to recall with heartfelt gratitude all those who have fostered friendship between Jews and Catholics," the pope told representatives of B'nai B'rith International, a Jewish organization that sponsors cultural programs and promotes religious tolerance and international cooperation.
In his remarks the pope said there are "many areas in which we as Jews and Christians can continue to work together".
"Respect for life and creation, human dignity, justice and solidarity unite us for the development of society and for securing a future rich in hope for generations to come," he added.
Francis also recalled ongoing conflict in the Holy Land and the Middle East.
Such situations "require a courageous commitment to peace, which is not only to be longed for, but sought after and built up patiently and tenaciously by everyone, especially believers," he said. http://popefrancisnewsapp.com/