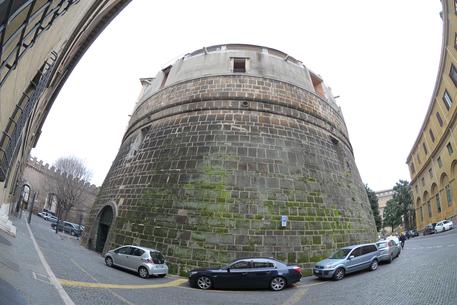 (ANSA) - Vatican City, May 25 - Profits at the Vatican bank took an enormous leap in 2014 over the previous year, rising to 69.3 million euros compared with just under three million euros in 2013, the institution announced Monday.
"The improvement was mainly due to the performance of the results from trading securities and the decrease in operating costs of an extraordinary nature," according to the annual report of the Bank, whose official name is the Institute for the Works of Religion (IOR).
Net income from trading activity last year was 36.7 million euros compred with the net loss of 16.5 million euro in 2013, said the bank.
The bank, once racked by scandals, has been undergoing drastic reforms as it cleans up its accounts and in 2014, worked to trim operating expenses "of an extraordinary nature".
Those involved costs in 2013 related to bringing in experts to help the IOR to meet international standards in fighting money-laundering.
The bank has also been reviewing its client base and Monday announced it closed 2,600 inactive accounts between May 2013 and December 31, 2014.
A further 554 accounts were closed because they were not considered to fit with the IOR's profile of appropriate clients.
As well, another 1,460 accounts had been closed because they reached their natural termination, while 274 more were in the process of being shut down. The IOR has been closing down the accounts of people who are not clergy or Holy See employees to reduce the potential for the bank to be used for financial crime.
The IOR added Monday that it had 15,181 clients at the end of 2014 and ended last year with a net profit of 69.3 million euros, up from 2.9 million in 2013.
Bank President Jean-Baptiste de Franssu said that the IOR has shown "great commitment in dealing with offenses that in past have affected the Institute".
Soon after he was elected in 2013, Pope Francis created a commission to oversee the troubled financial institution in an effort to make it more ethical and transparent.
IOR has had a chequered history, including probes of behaviour by some past managers.
Italian banks effectively stopped dealing with the IOR in 2010 after the Bank of Italy ordered them to enforce strict anti-money-laundering criteria to continue working with it.
And for about six weeks in early 2013, the Bank of Italy froze all credit-card and ATM transactions inside the Vatican City over its failure to fully implement international anti-money-laundering standards.
The Vatican has made several reforms to introduce greater financial transparency and fight money laundering under Pope Francis.
He nominated a pontifical commission to make proposals on the future of the bank and he has even openly expressed the possibility of abolishing it.
The bank's problems go back many years. There have been many allegations that the IOR was used to launder money, most notably by 'God's Banker' Roberto Calvi, the former head of Italy's biggest private bank, whose body was found hanging under Blackfriar's Bridge in London in 1982, a suspected victim of the Sicilian mafia.
The IOR was also named in kickbacks probes stemming from the 1990 collapse of public-private chemicals colossus Enimont, part of the Clean Hands investigations that swept away Italy's old political establishment.
In recent years there has been a series of Italian TV reports and a best-selling book claiming to show how individuals used the IOR to squirrel away money, dodging Italian regulations.