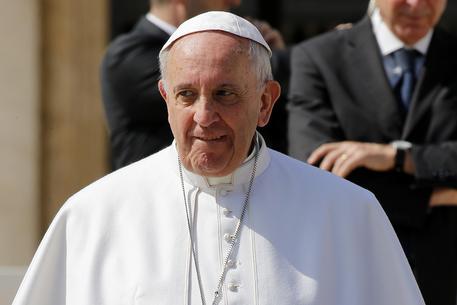 (ANSA) - Vatican City, March 20 - The death penalty is "inadmissible however serious a convicted person's crime may be," Pope Francis said Friday. "For a state of law it represents a failure because it obliges to kill in the name of justice," he said, adding that human justice was "imperfect" and "can make mistakes". "Life imprisonment, like all penalties which make it impossible for the condemned to plan a future, can be considered a hidden death penalty because it deprives him of both liberty and hope" the pope went on. The penal system must never take hope from people, he stressed in a message to the International Commission Against the Death Penalty.
Francis has more than once condemned the death penalty. Last October he called for the abolition of the death penalty as well as life imprisonment, and denounced what he called a "penal populism" that promises to solve society's problems by punishing crime instead of pursuing social justice.
"It is impossible to imagine that states today cannot make use of another means than capital punishment to defend peoples' lives from an unjust aggressor," the pope said October 23 in a meeting with representatives of the International Association of Penal Law.
http://popefrancisnewsapp.com/