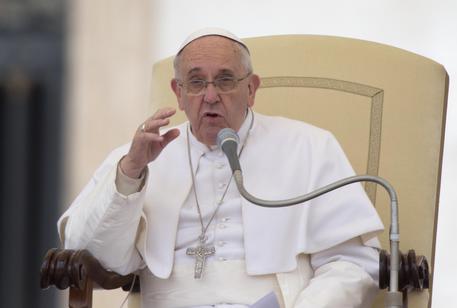 (ANSA) - Vatican City, March 4 - Pope Francis on Wednesday made an impassioned call against the marginalisation of the elderly during his general audience.
"A civilisation can be called as such when there is respect for the elderly" he said, but when they are sidelined or discriminated against, Francis added "this society is carrying the virus of death".
The pope, who often veered away from his prepared text, recalled a conversation he had with a lady in an old people's home in Buenos Aires. He had asked her how often she saw her children and she replied that the last time they had come to visit had been eight months before. "Eight months without visiting, eight months of abandonment, this is a capital sin, do you understand?" stressed Francis raising the tone of his voice.
The western population is aging and this condition represents a challenge in which the culture of profit leads us to believe that the elderly are useless burdens, we sideline people because we want to destroy the fear of being frail, Francis explained but "it's ugly and a sin".
http://popefrancisnewsapp.com/