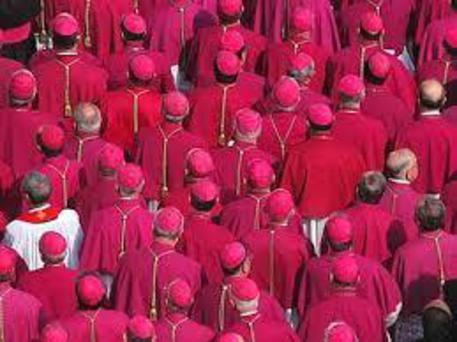 (ANSA) - Vatican City, June 26 - The Catholic Church must reconsider how it deals with unmarried couples, people who are divorced, those who have married more than once and single parents, according to the Instrumentum Laboris document prepared by the Vatican ahead of an extraordinary synod of bishops on the family in October. Many Catholics show "difficulties" in accepting the Church's doctrine on "birth control, divorce... homosexuality, unmarried couples, faithfulness, sex before marriage and in vitro fertilization", the document added. The Instrumentum Laboris was compiled on the basis of feedback gathered from priests and laity ahead of the October 5-19 synod on "the pastoral challenges of the family in the context of evangelisation". It said that many struggles faced by Catholics with respect to family life are the result of ineffective teaching in that area as well as of pervasive secularism, relativism and hedonism in today's society. However the document also insisted on the importance of mercy in responding to what it describes as "the new challenges of the family" and the difficulty faced by many of accepting sometimes controversial teachings.
The Instrumentum Laboris devoted eight pages to separation, divorce and remarriage, acknowledging in particular the pain and suffering of divorced and remarried Catholics desiring to receive Communion.
"Some Church members who are cognizant that they are in an irregular situation clearly suffer from the fact that they are unable to receive the sacraments," the document stated. "Many feel frustrated and marginalized. Some wonder why other sins can be forgiven and not theirs," it continued, also pointing out how "in other cases, persons do not understand how their irregular situation can be a reason for their not being able to receive the sacraments".
In the face of such situations "the Church needs to equip herself with pastoral means which provide the possibility of her more widely exercising mercy, clemency and indulgence towards new unions," the document said.
The Instrumentum Laboris also devoted considerable attention to the thorny issues of same-sex unions, cohabitation, contraception and abortion. In what could be seen as an important opening it said that while the Catholic Church should not recognise any form of gay union it should baptize children living with homosexual parents if those parents request it. The document said that bishops conferences all over the world were against "legislation that allows unions of people of the same sex".
But it added that if people belonging to those gay couples requested that their children be baptized, the Church should welcome them "with the same care, tenderness and concern that other children receive".
The October synod is the first of two extraordinary meetings of bishops on the family that will lead to new pastoral guidelines in this area. The second meeting is scheduled for 2015.
http://popefrancisnewsapp.com/