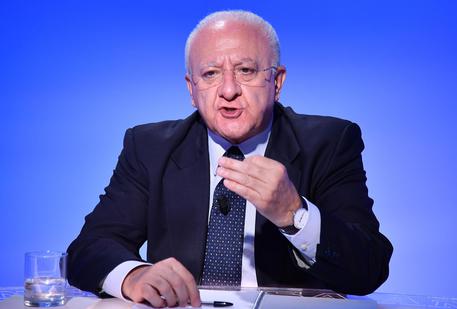 (ANSA) - Naples, July 12 - Campania Governor Vincenzo De Luca on Friday called the 2019 Summer Universiade in Naples "a miracle" and said the region reached "an objective that seemed impossible one year ago".
"We started working seriously in September of last year," De Luca said.
"In July 2018 my proposal was finally accepted to nominate the president of ARU, the ad hoc regional agency for the Universiade, as Universiade commissioner," he said.
"From that time on, we started racing, with 70 facilities in 10 months of work," he said.
"The opening ceremony at San Paolo Stadium, in which we invested 20 million euros, gave a splendid image; a million people saw the ceremony," he said.
"And then there's this incredible youth movement, pools renovated, the Pala Vesuvio that had been closed for seven or eight years, the rugby field at the former NATO base in Bagnoli," he said.
"With the athletes' village on the cruise ships in the port of Naples, we saved the Mostra d'Oltremare," De Luca told Lira TV, referring to Naples' convention centre, where the athletes' village had been initially proposed.
"Try to imagine six or seven thousand young people in containers in 40-degree heat in the shade," he said.
"We would have had a completely inhospitable environment, it would have been a tragedy because we would have had to transfer them," he said.
"We saved the Mostra, and avoided the problem of after, because the field would have stayed there and not even the army would have been able to move it. Those containers would have been occupied by squatters," he said.