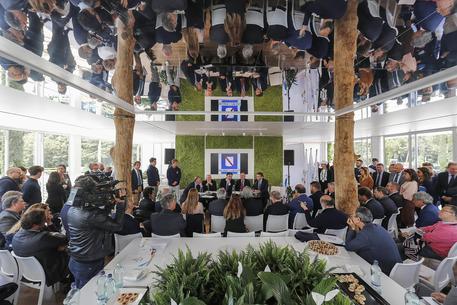 (ANSA) - Naples, May 22 - A long list of cultural initiatives organised by the Region of Calabria will take place alongside the 2019 Summer Universiade in Naples and Campania July 3-14.
An overview of the full calendar of events includes "MANNiversiade", an exhibition dedicated to athletes in antiquity opening June 30 at the MANN modern art museum; an event involving a crossing in a sailboat, called "Scugnizzi in Vela", in collaboration with the centre for juvenile justice; as well as the Ravello Festival and composer Roberto De Simone.
The mix of cultural events offers something for everyone, from a Jimmie Durham retrospective starting June 29 in Capodimonte, to a Cameron Carpenter concert on July 5 in Salerno, a concert by the group Avion Travel at the Belvedere di San Leucio in Caserta on July 7, and a concert by singer Alice at the Palazzo Reale in Naples on July 8 as part of the annual international theatre festival Napoli Teatro Festival Italia.
The Pietro Mascagni opera "Cavalleria Rusticana" will be staged at the Teatro di San Carlo opera house in Naples, and Ukrainian-born ballet star Sergei Polunin will perform in Ravello on July 12.
Patrizia Boldoni, the regional councillor assigned to cultural heritage by Campania Governor Vincenzo De Luca, presented the programme of events at the regional council headquarters in Palazzo Santa Lucia.
"We will even have a fire at the Castel dell'Ovo, and a historic relay of the torchbearers," Boldoni said.
Inside the athletes' village will be "Casa Campania", an attractions area with various services including cooking demonstrations with master pizza makers showing their craft.
Governor De Luca confirmed that Italian President Sergio Mattarella will be present at the opening ceremony on July 3 at San Paolo Stadium.
De Luca said the world will be watching during the 15 days of the Universiade and said it gives him satisfaction to be able to "give a different image of Naples".
"There will be initiatives in working-class neighbourhoods, there will be shows and valuable artists who will hold exhibitions," De Luca said.
"I would like for the youngest Neapolitans to understand their true identity, made up of history and culture, not that of those who go shooting in hospitals. We have to give an example of South Korean efficiency. That way we will give a wonderful message of serenity, which everyone in Italy needs," De Luca said.
"Everyone except two, for an Italy that's less 'tweeted' and more concrete," he added jokingly.
Universiade Gianluca Basile also expressed his satisfaction about the cultural programme.
"We will present a significant plan, unthinkable up to a year ago. We are working as a team with local entities involved despite the short time available. This programme of events elevates the quality of the Universiade. Our job is to facilitate the athletes and those accompanying them so they can enjoy the programme of events," Basile said.
Naples tourism councillor Nino Daniele said the challenge will be that of being "adequate hosts".
"We will do our part by also collaborating for other activities in the works," Daniele said.
"The message of the Universiade, through sport, is already a cultural message on its own. Naples is a world city and the Universiade will be a great showcase, not only of history and traditions, but also of emerging currents in a city such as Naples, which boasts places of extraordinary creativity," Daniele said.