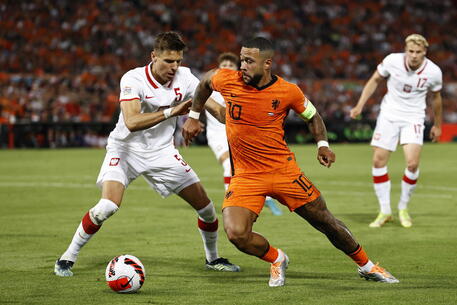 (ANSA) - ROME, AUG 19 - Netherlands forward Memphis Depay is close to a move from Barcelona to Juventus, sources at the Turin giants said Thursday.
Talks for the 28-year-old former PSV, Lyon and Man Utd striker had reached a "breakthrough", they said.
Sources said a two-year five million euros deal was on the cards but talks were conrinuing on the player's bonus, currently stuck at around two million euros a year.
Depay has played 28 times for Barcelona since joining them from Lyon in 2021.
He has scored 12 goals for the Catalan giants.
Depay has 80 Netherlands caps, since 2013, and 42 goals for his country. (ANSA).