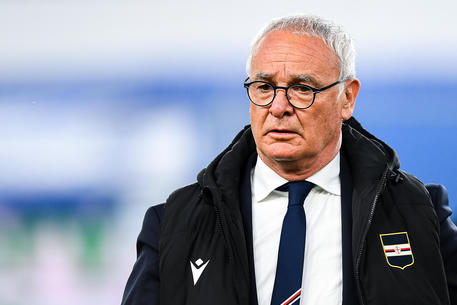 (ANSA) - ROME, JAN 25 - Watford have sacked former Roma, Chelsea, Juventus, Atletico Madrid and Leicester boss Claudio Ranieri after just over three months in charge after earning just seven points in 13 games.
The club owned by Italy's Pozzo family are second from bottom in the Premier League on 14 points, two above Burnley who have two games in hand.
The much-travelled Roman Ranieri, 70, whose other previous clubs include Valencia, Parma, Inter Milan, Monaco, Nantes, Fulham and Sampdoria, as well as the Greek national team, won the Premiership with Leicester in 2016.
Called in to to Vicarage Road to replace Spain's Xisco Munoz on October 4, Ranieri was unable to turn Watford's season around, with its last win against Manchester United on November 20.
A 3-0 home defeat to fellow strugglers Norwich Saturday meant that the Hornets were overtaken not only by the Canaries but also by Newcastle.
Ranieri said after the Norwich loss "now we need a change in mentality" and rejected quit suggestions.
Watford said in a statement: "Watford Football Club confirms the departure of Head Coach Claudio Ranieri.
The Hornets' Board recognises Claudio as a man of great integrity and honour, who will always be respected here at Vicarage Road for his efforts in leading the team with dignity.
However the Board feels that, with nearly half of the Premier League campaign remaining, a change in the Head Coach position now will give a new appointment sufficient time to work with a talented squad to achieve the immediate goal of retaining Premier League status.
No further club comment will be made until this new appointment is confirmed in due course." (ANSA).