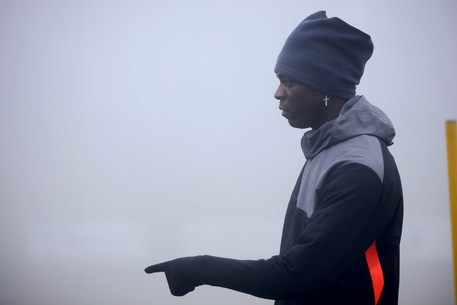 (ANSA) - ROME, JAN 25 - Italy coach Roberto Mancini has named Mario Balotelli among the 35 players he has called up to a training camp in Florence this week to help prepare for March's playoffs to qualify for this year's World Cup.
The 31-year-old, who has frequently come under fire for his attitude and off-the-field antics, has not played for the Azzurri since 2018.
The gifted and powerful striker, whose former clubs include Inter, Manchester City and AC Milan, is seeking to put his career back on track with Adana Demirspor in Turkey after disappointing stints with Brescia and in Serie B with Monza.
Mancini, who coached Balotelli at Inter and Manchester City, has also called several players up for international duty for the first time, including Lazio defender Luiz Felipe and Cagliari forward Joao Pedro, both of whom were born in Brazil and are naturalized Italians.
European champions Italy face North Macedonia in the playoffs and then, if they get through, the winner of the match between Portugal and Turkey. (ANSA).