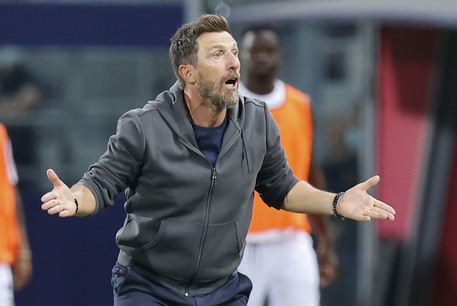 (ANSA) - ROME, SEP 14 - Hellas Verona said Tuesday that they have sacked coach Eusebio Di Francesco after they lost their first three games of the Serie A season, including Monday's 1-0 defeat at Bologna.
Former AS Roma boss Di Francesco is the first coach in the Italian top flight to be dismissed this season. He is expected to be replaced by Igor Tudor.
The former Croatian defender is reportedly in talks with Juventus to terminate his contract with them after he served as former Juve boss Andrea Pirlo's assistant last season. (ANSA).