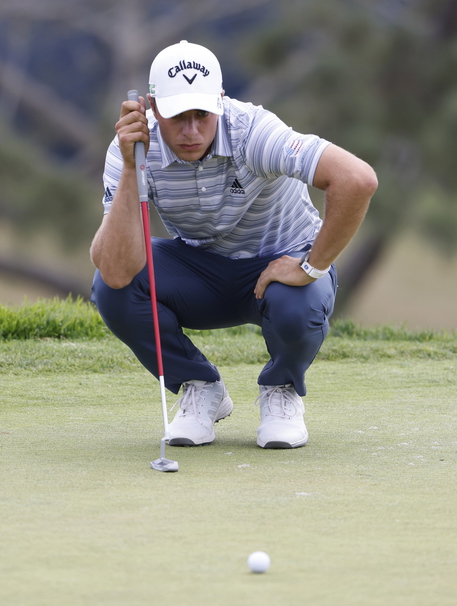 (ANSA) - ROME, JUN 21 - Italian golf's new star Guido Migliozzi came fourth in the US Open behind winner John Rahm of Spain and nine spots above his compatriot, Italy's only major winner Francesco Molinari, who tied for 13th at Torrey Pines Sunday.
The Vicenza-born 24-year-old eclipsed the efforts of his 38-year-old Turin-born countryman who took home the British Open in 2018.
Migliozzi's feat helped him rise 31 places to 72nd in the world rankings while Molinari gained 40 slots to 133rd.
The pair will represent Italy in next month's Tokyo Olympics.
Rahm reclaimed top spot in the world standings from American Dustin Johnson after his win in California, the first US Open victory by a Spaniard, one shot ahead of South African Louis Oosthuizen.
Multiple title winners Rory McIlroy and Brooks Koepka, as well as last year's winner Bryson DeChambeau, mounted strong challenges before fading Sunday.
McIlroy, bidding to add to his major tally of four, the last in 2014, came in at one under while four-time major winner Koepka finished tied with Migliozzi on two under and DeChambeau imploded on the home stretch, including a quadruple-bogey eight on the 17th, to end the tournament three over. (ANSA).