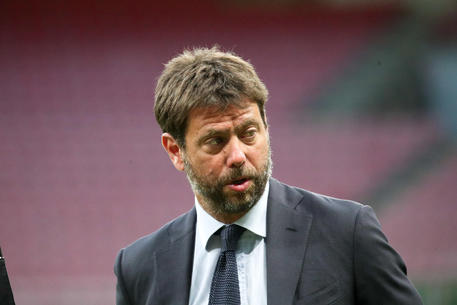 (ANSA) - ROME, JUN 10 - European soccer's governing body UEFA has said that it has suspended "until further notice" a disciplinary procedure against Juventus, Real Madrid and Barcelona over the failed attempt to form a European Super League.
While nine of the 12 clubs that tried to form the breakaway competition, including AC Milan and Inter, have made peace with UEFA after abandoning the project, Juve, Barcelona and Real Madrid have said they are still committed to it.
The suspension of the disciplinary procedure appears to be linked to an Madrid court injunction banning UEFA from punishing the clubs over the Super League. (ANSA).