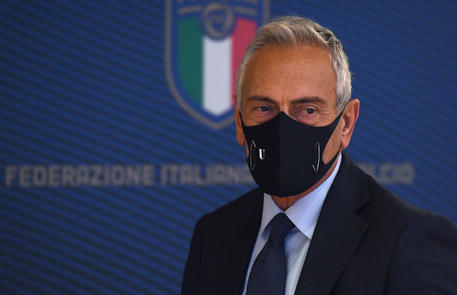 (ANSA) - ROME, APR 26 - The Italian Soccer Federation (FIGC) council on Monday approved a proposal by President Gabriele Gravina to seek to prevent any potential future attempts by big clubs to be part of a Super League.
Italy's three biggest clubs, Juventus, Inter and AC Milan, were among 12 to sign up to the ill-fated project to form a European Super League, and Juve Chairman Andrea Agnelli was one of the ringleaders of the attempted breakaway. Under the new rule, clubs must pledge not to take part in competitions organized by private associations that are not recognized by FIFA, UEFA and the FIGC.
If a club were to fail to keep this pledge its membership of the federation would elapse.
"Those who interpreted the Super League as a simple act of weakness by some clubs going through economic difficulties are wrong," Gravina said.
"This rule will be inserted into the national licences and it will then be included in the sporting justice code.
"If a club joins any other private championships by the time of the deadline for the national championships, they will be out".
(ANSA).