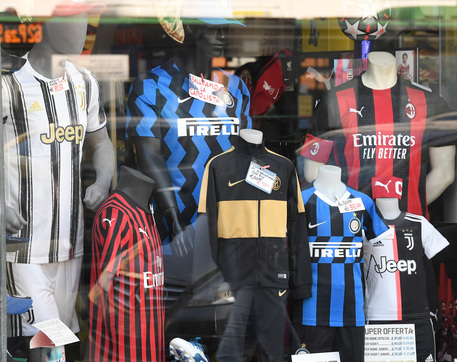 (ANSA) - ROME, APR 21 - Inter and AC Milan said Wednesday that they have abandoned the European Super League while Juventus admitted the project has little chance of coming to fruition after after the six English clubs that had signed up pulled out.too, amid a fierce backlash.
"FC Internazionale Milano confirm that the Club is no longer part of the Super League project," a statement said.
"We are always committed to giving fans the best football experience; innovation and inclusion are part of our DNA since our foundation.
"Our engagement with all stakeholders to improve the football industry will never change.
"Inter believes that football, like every sector of activity, must have an interest in constantly improving its competitions, to keep on exciting fans of all ages around the world, within a framework of financial sustainability.
"With this vision we look forward to carry on working together with institutions and all stakeholders for the future of the sport we all love".
The original project was to create a rival to the Champions League featuring 20 teams, 15 of which would be permanent members and would not need to qualify.
"The voices and the concerns of fans around the world have clearly been expressed about the Super League, and AC Milan must be sensitive to the voice of those who love this wonderful sport," the Rossoneri said in a statement published on their website.
The club explained that it had "accepted the invitation to participate in the Super League project with the genuine intention to deliver the best possible European competition for football fans around the world and in the best interest of the club and our own fans." It said "change is not always easy, but evolution is necessary for progress, and the structures of European football have evolved and changed over the decades." The statement concluded by saying "we will continue to work hard to deliver a sustainable model for football." Juventus, whose president Andrea Agnelli was to have been Super League No.2 behind Real Madrid's Florentino Perez, effectively admitted that the project would not happen.
"While Juventus remains convinced of the soundness of the project's sport, commercial and legal premises, it believes that at present there are limited chances that the project be completed in the form originally conceived," it said.
"Juventus remains committed to pursuing the creation of long-term value for the Company and the entire football industry".
Atlético Madrid have pulled out of the project too. (ANSA).