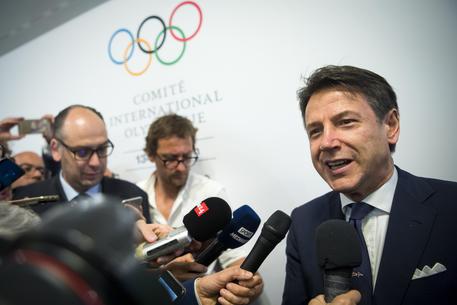 (ANSA) - Lausanne, June 24 - Landing the 2026 Winter Olympics would be an important opportunity for Italy, Premier Giuseppe Conte said ahead of the decision to give the Games either to Milan-Cortina or Stockholm-Aare later Monday.
"Is it an examination for Italy?, he said. "I's an exam. of course, there will be a verdict. But let's keep things in proportion.
"It is an important opportunity for the country".
Conte added that the Milan-Cortina bid offered "tradition and innovation".
He also said Italy was a "global model for sport".
Italian Olympic Committee (CONI) chief Giovanni Malagò said "with Cortina and Milan, we will have Games for all".
Italian President Sergio Mattarella said "you will al be at home in Italy".
"With Milan-Cortina the Olympic passion will grow," said Mattarella.
The voting by the International Olympic Committee (IOC) got under way half an hour late.
"Now is the time for silence, now they're voting," said Conte as he headed for a Rome-bound flight.