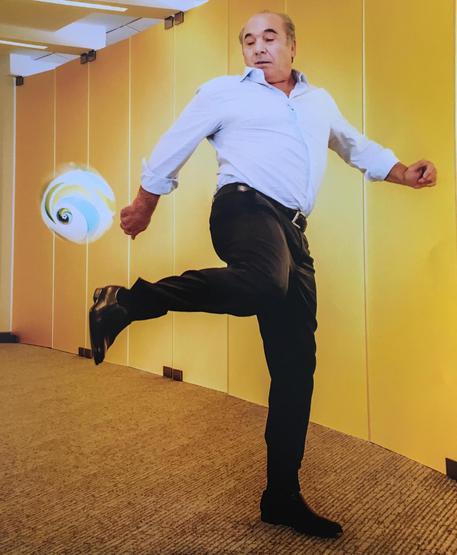 (ANSA) - Milan, June 4 - Italian American businessman Rocco Commisso is set to buy Fiorentina from the Della Valle brothers, sources said Tuesday.
Commisso, 69, who owns the US's fifth biggest cable TV company and the New York Cosmos soccer team, on Tuesday met with Diego and Andrea Della Valle in the Milan HQ of their Tod's shoe empire.
Commisso was preceded by his right hand man Joe Barone.
Fiorentina President Mario Cognigni was also present at the meeting.
Fiorentina, which was founded by a merger in August 1926, and refounded in August 2002 following bankruptcy, have played at the top level of Italian football for the majority of their existence; only four clubs have played in more Serie A seasons.
Last season they flirted with relegation and ended up 16th after the Della Valles failed to lure to players to join Italy striker Federico Chiesa.
Fiorentina has won two Italian Championships, in 1955-56 and again in 1968-69, as well as six Coppa Italia trophies and one Supercoppa Italiana. On the European stage, Fiorentina won the UEFA Cup Winners' Cup in 1960-61 and lost the final one year later. They finished runners-up in the 1956-57 European Cup, losing against Real Madrid, and also came close to winning the 1989-90 UEFA Cup, finishing as runners-up against Juventus.
Fiorentina is one of the fourteen European teams that have played the finals in all three major continental competitions: the Champions League (1956-1957, the first Italian team to reach the final in the top continental competition), the UEFA Cup Winners (1960-1961 and 1961-1962) and the UEFA Cup (1989-1990).
Since 1931, the club have played at the Stadio Artemio Franchi, which currently has a capacity of 43,147. The stadium has used several names over the years and has undergone several renovations. Fiorentina are known widely by the nickname Viola, a reference to their distinctive purple colours.