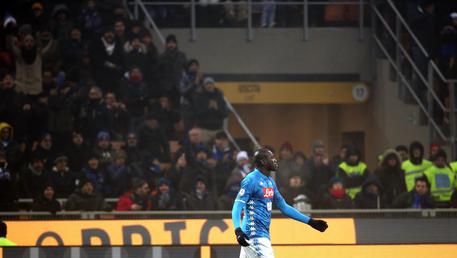 (ANSA) - Naples, January 8 - Napoli sources said Tuesday that the club still intends to take action, possibly including its footballers stopping playing, if there is a repeat of the racist chants that their Senegal defender Kalidou Koulibaly was subjected to in a 1-0 defeat at Inter on Boxing Day. On Monday Deputy Premier and Interior Minister Matteo Salvini said he was against stopping play in such cases, arguing this gives too much power to a small minority of hooligans.
The Naples club is perplexed by those comments and is standing by the position of Coach Carlo Ancelotti, who said he would pull his players from the field if it happens again, according to the sources. Before the match an Inter hardcore ultra fan died after being run over during an ambush on vehicles carrying Napoli supporters to the San Siro.