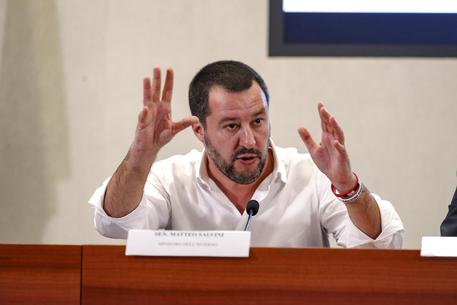 (ANSA) - Rome, November 14 - Deputy Premier and Interior Minister Matteo Salvini said Wednesday that the government would be willing to provide economic support to the Milan-Cortina d'Ampezzo bid to host the 2026 Winter Olympics if necessary.
"If the private funds are not enough, we'll make the final effort," League party leader Salvini said in an interview with Leggo.it.
"I've seen the project. It is the one with the lowest economic impact in history, in part because much of the infrastructure already exists".
The government had said it would support the bid but would not grant funding to the organizing committee.
"I think the project to host the Olympics in the Italian Alps, using the private money that can be raised, is captivating," Salvini said.
"Naturally, if help is needed, and it brings returns in terms of imagine and positivity, then it's worth it".
The contest for the 2026 Games looks set to be a two-horse race between Milan-Cortina d'Ampezzo and Stockholm after local people in Calgary voted against the planned bid by the Canadian city.