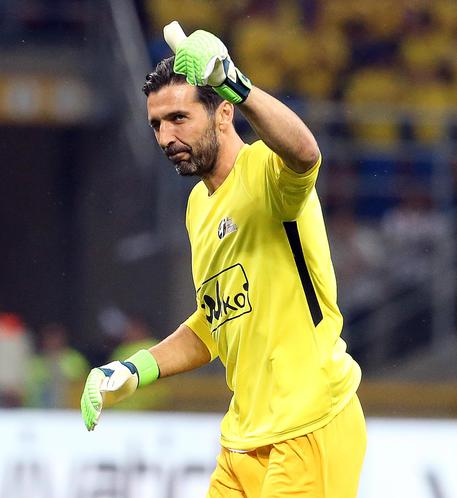 (ANSA) - Paris, July 9 - New PSG signing Gianluigi Buffon told a press conference Monday "at the age of 40, I can show I'm still great, and I will show it". "I've landed in Paris with the enthusiasm of a boy," said the Juventus great.
"It's true that your ID card doesn't lie, but the energy is there," said the Italy legend, who retired from national duty when the Azzurri failed to make the World Cup.
Buffon said that he felt the "magic energy of Paris".
"I'm extremely excited by this new adventure," said the former Italy and Juve skipper.
"There's a special energy, which I felt straight away, I don't know if it's the atmosphere, the magic of Paris. Thanks for all this," he said in French.
Buffon said "the call from PSG last May was a surprise" and he had been planning "another kind of future.
"But inside myself I had always nurtured the ambition and hope that something might happen". Buffon has joined PSG after a legendary career at Juve.
He is on a one-year contract with an option for another year.
In other remarks, Buffon said France was the World Cup favourite now that Brazil had been eliminated.