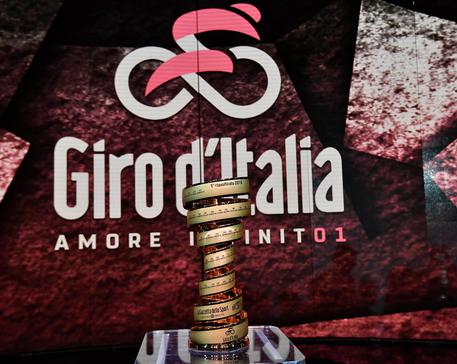 (ANSA) - Rome, December 1 - The Giro d'Italia gave in to Israeli "blackmail" in removing a reference to west Jerusalem from its promo material on next year's opening stage, The Palestinian embassy in Rome said Friday, voicing regret at the "clear politicisation" of the world's second-biggest bike race.
Israel threatened to nix the start of the Giro 2018 Thursday unless the info referred to the whole of Jerusalem and not a part of it, saying the city was its united capital.
"By giving in to Israel's political pressure, the organisers have supported a claim of annexation condemned by UN resolutions, assuming political responsibility that not only is not up to them but also differs from the political position of the international community including Italy," the embassy said.
At the heart of the controversy is the fraught status of the city. Following the capture and later annexation of the eastern side of Jerusalem by Israeli troops during the six-day war in 1967, Israel has claimed it as its united capital.
Most international opinion, however, has declined to recognise that assertion, while Palestinians claim the Israeli-occupied east of the city as the capital of a future Palestinian state.
Next year's Giro, in which four-time Tour de France winner Chris Froome will be aiming for the first part of a Giro-Tour double last achieved by the late Marco Pantani in 1998, runs from Jerusalem to Rome in 21 stages from May 4 to 27.