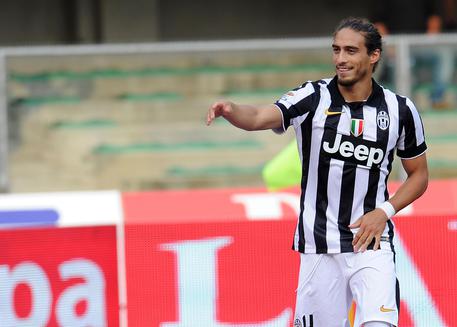 (ANSA) - Turin, September 29 - Juventus said Tuesday that Uruguay defender Martin Caceres has been temporarily dropped from the Serie A champions' squad after crashing his Ferrari into a bus stop in Turin in the early hours of the morning while driving over the alcohol limit. "The behaviour of Martin Caceres on the night between 28 and 29 September represents a serious violation of his contractual obligations to Juventus, as well as damaging the image of the club," read a statement by the Turin giants. "Juventus will therefore apply the disciplinary measures of a fine and temporary exclusion from competitive first team activities".
The accident occurred shortly after midnight after Caceres invaded the opposite carriageway in Corso Giambone and crashed into parked cars and then the bus stop shelter, which collapsed.
He suffered no injuries in the accident but had his licence taken off him. Last year the footballer crashed into the entrance of a metro stop.