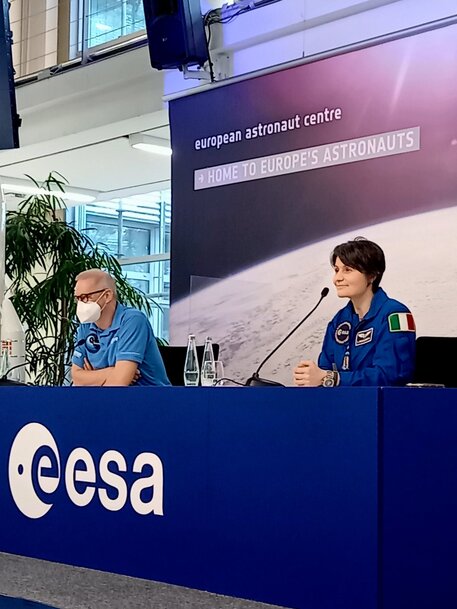 (ANSA) - ROME, OCT 18 - Italy's Samantha Cristoforetti said Tuesday that she was already missing the International Space Station (ISS) after returning to Earth from her second mission in space last week.
The European Space Agency (ESA) astronaut spent nearly six months living and working in orbit and during that time she became the first European woman and only the fifth European to take command of the ISS.
"I thank everyone for giving me the opportunity to fly twice (in space). It was a privilege," Cristoforetti, 45, told a press conference at the ESA's European Astronaut Centre (EAC) in Cologne, Germany.
She said that, despite the war in Ukraine, "there is a unique climate of cooperation on the International Space Station.
"I miss the International Space Station and I will (continue to) miss it," she continued..
"It's a place where I have spent a year of my life (in total), a place which I love and where you can experience weightlessness, as well as the lovely climate of cooperation on board.
"This same spirit of cooperation probably exists in other spheres.
"But, with the work that I do and the experience I have, this is where I found this climate.
"There is always greater determination to put first the things that unite us there.
"It's an atmosphere that, in my life, I have only experience on the ISS". (ANSA).