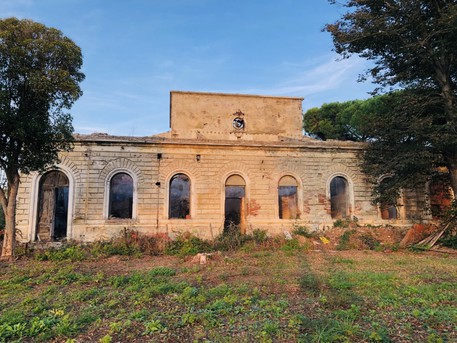 (ANSA) - PISA, OCT 9 - Pisa Mayor Michele Conti has announced a million euros in funding to restore the Marconi radio transmission station at Coltano near Pisa in view of the conference 'A Newly Connected World, A Story That Continues' taking place in Pisa on Monday October 11 on the 90th anniversary of the illumination of Rio de Janeiro's Christ the Redeemer statue by Guglielmo Marconi.
The station has for years been in a woeful state of repair and has been listed near the top of the Italian Environment Fund's (FAI) 'Places of the Heart' to be restored. The city council has got the lease for two years and is now looking for partnerships.
"We want to invest a million euros for the first work of consolidation and repair," Conti went on,"but we are aware that we can't make it on our own, and that is why we are hoping for international partnerships, both public and private, with the aim of creating a Marconi museum at Coltano, in collaboration with the existing one of the Marconi Foundation, flanking a modern system of start-ups that can be placed inside the same structure to ideally unite the past and the future of telecommunications and restore, finally, to new life this important piece of world communication history." Nobel Prize winner Guglielmo Marconi amazed the world on October 31, 1931 when he transmitted from Via dei Condotti in Rome a signal to the station in Coltano, whence that signal was then sent on to Brazil to illuminate the Christ statue in Rio de Janeiro.
"From that moment on," the mayor recalled, "the world would change as far as telecommunications was concerned." Pisa, he added, "has always been an attractive city, which has seen the presence of many researchers who went on to fill important posts at an international level. From Galileo's studies to Marconi, up to 1986 when the first Internet signal was sent.
"And then on up to the present day when VIRGO, 10 kilometres from Pisa where very important work on gravitational waves continues to be carried out. It is in this context, unique in the world, that Pisa wants to continue to make history in research and science and to be one of their international capitals". (ANSA).