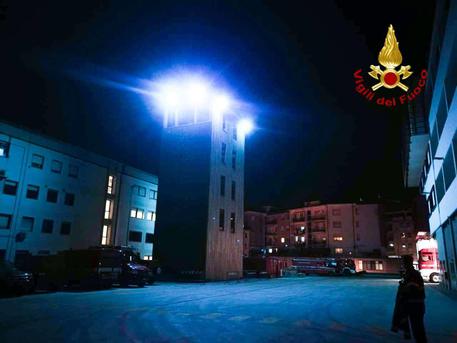 (ANSA) - Rome, April 2 - Monuments worldwide turned blue in the night between Monday and Tuesday for World Autism Awareness Day, including Rome's Palazzo Montecitorio, the seat of Italy's Lower House.
The Empire State Building in New York and Christ the Redeemer in Rio de Janeiro were among landmarks shining blue lights, the color chosen by the United Nations to raise global awareness on autism for the 12th edition of World Autism Awareness Day on April 2.
Autism affects an estimated 600,000 families in Italy (one in 100 children).
Doctors and experts have called for effective "inclusion" practices of those affected by this condition, which refers to a broad range of neurodevelopmental disorders causing impaired communication and social skills. According to the latest data, autism is on the rise, also due to more effective screening practices that enable early diagnosis and intervention.
One in 56 children worldwide are diagnosed as having the disorder for a total of an estimated 60 million people.
The Assisi-based Istituto Serafico, which promotes assistance and inclusion projects, has highlighted that individuals with the disorder often face economic challenges: "The elevated cost of therapies literally bring families to their knees".
"It is estimated that they spend on average between 1,000 and 2,000 euros a month for their entire lives", the institute said, stressing that the national healthcare system doesn't always offer support and "very long waiting lists don't allow early intervention".
The Italian Society of Child and Adolescent Neuropsychiatry (Sinpia) called for more investments on neuropsychiatric disorders.
A key objective, said Maria Nicoletta Aliberti, a child neuropsychiatrist at the Group INI-Istituto Neurotraumatologico Italiano, is inclusion "not just in schools but in all contexts" in order to promote the right of those affected by the disorder to lead normal lives. Another fundamental objective is scientific research as no cure currently exists though early detection and treatment is key in helping children.
And the Italian Autism Foundation (FIA) has launched a campaign to raise funds - #sfidAutismo19 - on April 1-19 while the Foundation Policlinico Tor Vergata has organized an 'Autism Friendly' day.