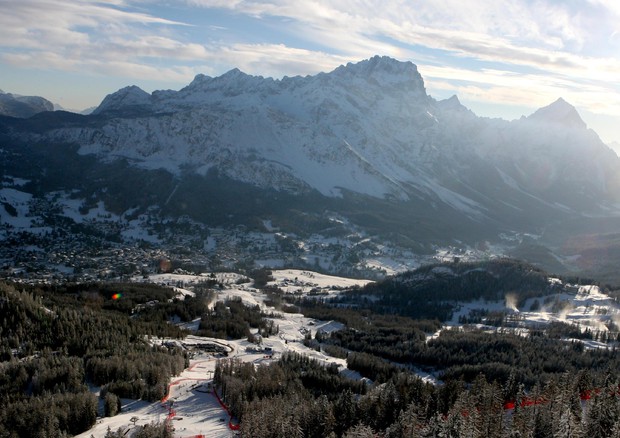 Snow, sunny slopes and resorts overlooking the stunning peaks of the Dolomites, a UNESCO world heritage site, are the highlights of a winter skiing season that can still be enjoyed by Italian and foreign tourists in the province of Belluno.
The area could be described as a happy island amid health concerns gripping the country.
Tourist operators are naturally careful but at the moment the skiing season in Veneto continues without any negative impact compared to the situation in cities.
The consortium DMO (Destination Management Organization) Dolomiti said hotels and ski slopes in the province of Belluno are regularly open, along with restaurants, resorts, bars and other entertainment locations.

"Right now the province of Belluno is not a destination at risk", the DMO consortium said and there is no type of interruption or cancellation in transport services towards the Dolomites in the Veneto region.
The border with Austria is regularly open as well as all other borders.
Airports and public transport are operating regularly.
"There is therefore no difficulty in reaching our territory", DMO sources said.
Tourists who are currently in the Dolomites, thanks to good weather conditions and recent snowfalls that have covered the landscape in white, are enjoying excellent skiing and cultural entertainment as well as local food and wine according to the best tradition of 'white weeks' - week-long skiing holidays.
The province of Belluno and tourist operators are gearing up for events in March.

The Ski World Cup Finals are scheduled in Cortina d'Ampezzo on March 18-22 and, given the condition of snow on the slopes, the event is expected to be an international success.
Food and wine tours that cannot be missed include "Ski and wine" in Arabba at the end of the month - an event that mixes good wine and skiing.
An eco-friedly tour on the slopes and woods of Alleghe is scheduled on Sunday, March 15: "Baite Aperte" will be an occasion to get to know the private mountain chalets of Alleghe (16 have been included in the tour), which are usually not open to the public, so visitors can visit them and discover local history and traditions.

In collaboration with:
Dmo Dolomiti