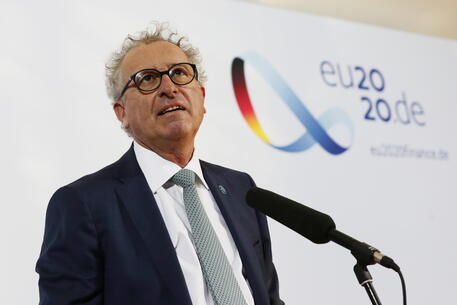 (ANSA) - ROME, DEC 1 - A senior EU official said Thursday that the European Commission was confident Italy would end up ratifying the reform of the European Stability Mechanism (ESM) after the Lower House on Wednesday approved a motion calling on the government not to do so.
The reform is controversial in Italy over fears it could reduce the nation's sovereignty on budget issues.
"I am confident Italy will fulfil its political commitment (to ratify the ESM)," the official said in view of Monday's Eurogroup meeting in Brussels.
"Dialogue with the new Italian government has started well. We are confident that it will remain positive".
The official added that a possible failure to ratify by Italy would not have a major impact in practical terms at the moment, as the German Constitutional Court still has not ruled on the reform.
Photo: ESM Managing Director Pierre Gramegna. (ANSA).