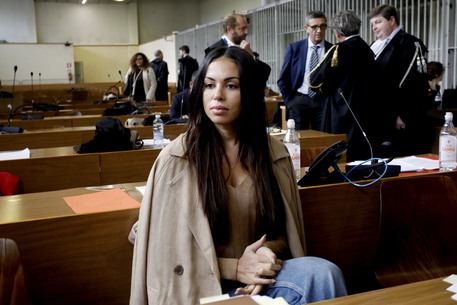 (ANSA) - ROME, OCT 5 - Karima El Mahroug, the young woman at the centre of the furore regarding 'bunga bunga' sex parties at the home of ex-premier Silvio Berlusconi, on Wednesday lamented the ordeal that the case has put her through.
El Mahroug, who was known by the nickname Ruby Heartstealer, is on trial along with Berlusconi and 28 other people in the 'Ruby#3' case for allegedly committing perjury by lying in court about true nature of the encounters.
"I hope this affair comes to an end as soon as possible because it has been a big nightmare," she told reporters after her lawyers presented her defence at a hearing in Milan.
"I hope to have my life back and be able to live it serenely.
"Everyone can see that I am branded, a Scarlet Letter.
"I have always been afraid of being exploited and I think you can understand that".
In the first trial related to the case, Berlusconi was acquitted of paying for sex with El Mahroug when she was a minor on the grounds that he didn't know she was just 17 at the time.
Prosecutors have asked the court hand the Moroccan-Italian former teen runaway and exotic dancer a jail term of five years and seize five million euros from her, the money she allegedly took in bribes to lie about the parties.
They requested that Berlusconi serve a six-year term and have assets worth more than 10 million euros seized. (ANSA).