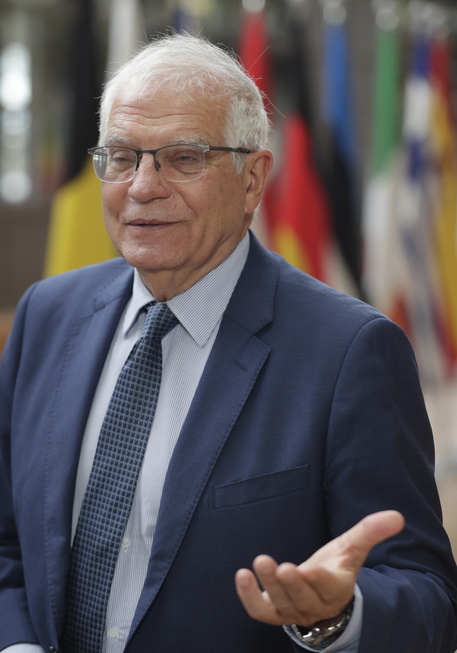 (ANSA) - ROME, MAY 20 - Josep Borrell, the EU's High Representative for Foreign Affairs, said Friday that the European Union has "taken note" of the four-stage plan Italy is proposing for peace in Ukraine after the Russian invasion.
"We support any effort to end the conflict," he added.
"But, according to the European point of view, this must start from the immediate end of the attack and the unconditional withdrawal of the Russian army.
"Ukraine will have to decide on the conditions for this ceasefire".
He also called on European countries to "maintain unity on all fronts, both diplomatic and military".
Italy's four-stage plan would feature a ceasefire, talks on Ukraine's 'international status', i.e. whether it is neutral, a bilateral agreement between Kyiv and Moscow on the contested areas of Crimea and Donbass, and a multilateral agreement on peace and security in Europe. (ANSA).