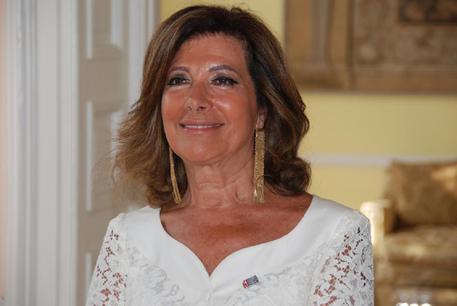 (ANSA) - ROME, JAN 28 - The centre-right's bid to get Senate Speaker Elisabetta Casellati elected head of State in the fifth ballot of the election for a new president came up short on Friday.
The centre-let Democratic Party (PD), the populist 5-Star Movement (M5S), the left-wing LeU group and the centrist IV party abstained in the fifth ballot, saying a consensus figure is needed, not the pick of one side of the political spectrum.
Casellati is a member of ex-premier Silvio Berlusconi's Forza Italia (FI) party.
A sixth ballot of the 1,009 grand electors - lawmakers from both houses of parliament and regional representatives - starts at 5pm.
A simple majority is needed to elect a successor to President Sergio Mattarella, so the magic number is 505.
In the fifth ballot Casellati got 382 votes while 406 grand electors abstained.
Mattarella, who is coming to the end of his seven-year term and has said he does not want to be re-elected, got 46 votes, down from 166 in Thursday's fourth ballot.
The centre right's decision to vote for Casellati has caused tension within the broad coalition supporting Premier Mario Draghi's government.
"They messed us about for three days," said PD leader Enrico Letta referring to the centre right, which is made up of FI, the rightwing League and the opposition right-wing Brothers of Italy (FdI) party.
"They tried to divide us with fanciful ideas". (ANSA).