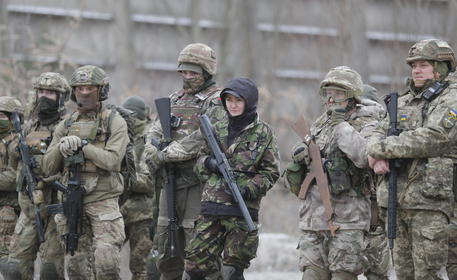 (ANSA) - ROME, JAN 24 - Italy voiced at an EU foreign ministers meeting Monday its "firm support" for the territorial integrity of Ukraine and said it backed the EU's sending a common message to to Russia saying any aggression against Kiev "is unacceptable and would bring costs" for Moscow, and Rome also said it was ready to contribute to "gradual and proportionate" measures against Russia but also said it was necessary for the Union to carry forward dialogue with Moscow "at the highest levels", sources said.
Russia has massed troops on the Ukraine border amid fears of an invasion.
The West has said any such move would be met with strong sanctions.
NATO said Monday it would do whatever it takes to defend its allies. (ANSA).