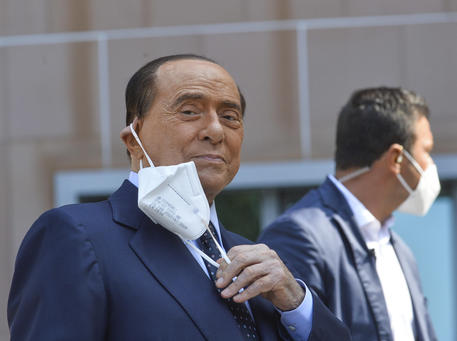 (ANSA) - ROME, SEP 17 - A trial in which ex-premier Silvio Berlusconi is one of the defendants is set to resume after the media billionaire refused to undergo a psychiatric evaluation, saying this would "damage my honour".
As a result, the 84-year-old said the so-called Ruby ter trial should go ahead without him present at hearings.
A Milan court has ruled last week that a team of independent doctors should evaluate various aspects of Berlusconi's condition after lawyers of the Forza Italia (FI) leader presented the latest in a series of requests for the trial to be delayed for health reasons.
The 84-year-old media billionaire has been in and out of hospital in recent months after suffering a bad case of COVID-19 last year.
Berlusconi is accused of bribing witnesses to lie about his alleged "bunga bunga" sex parties at his home.
He is among the 29 defendants, including several young women he allegedly bribed to say the parties were innocent affairs.
(ANSA).