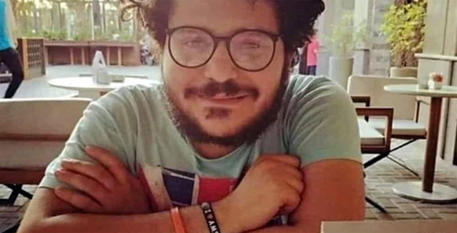 (ANSA) - ROME, AUG 23 - An Egyptian court on Sunday extended the pre-trial custody of Patrick Zaki, an Egyptian student of the University of Bologna who has been held in Cairo on sedition charges since February last year, one of his lawyers, Hoda Nasrallah, told ANSA.
The court did not say for how long.
Previous extensions have been for 45 days.
The court will says Monday or Tuesday how long it is this time, the lawyer said.
Amnesty International Italia's spokesman Riccardo Noury called on Italy to lodge a formal protest with Egypt over the case.
He also urged Italian MPs who have voted to grant Zaki Italian citizenship to make their voices heard and to "urge the government to change the failed and failing strategy they have thus far adopted towards Egypt".
For the first time since his arrest in February last year, Zaki was questioned on July 13 about his past activities, the 'Free Patrick' group said on Facebook the day after, July 14, when his latest 45-day extension was announced.
A week previously the Lower House of the Italian parliament voted almost unanimously to urge the government to grant Zaki Italian citizenship in a bid to pressure Egypt to release him.
The Senate had already made a similar call.
The motion, which saw the abstention of the nationalist opposition Brothers of Italy (FdI) party, commits the government to "promptly initiate, via the competent institutions, the necessary assessments in order to confer Italian citizenship on Patrick George Zaki".
It also urged the government to keep monitoring Zaki's case and his conditions of detention.
The government subsequently issued a favourable opinion on the motion.
Zaki marked his 30th birthday in detention in Cairo on June 16, spurring renewed calls from Italy for his release.
The Egyptian Bologna University postgraduate student has been held in Egypt since February 7 last year on charges of "disseminating false news" and "incitement to protest".
Zaki, a 29-year-old Coptic Christian, is pursuing an Erasmus Mundus Master's Degree in Women and Gender Studies at the University of Bologna.
He also conducts research and advocacy on gender issues and human rights for the Egyptian Initiative for Personal Rights (EIPR), a human rights organization based in Cairo.
Petitions for his release have been rejected on countless occasion.
Zaki was arrested on arriving at Cairo International Airport when he returned home from Bologna for a short family visit.
The Egyptian National Security Agency reportedly arrested Zaki, interrogated him about his time in Italy and his human rights work, and took him to an undisclosed location.
During interrogation, he was allegedly frequently threatened, beaten on his stomach and back and tortured with electric shocks.
The European Parliament, Amnesty International and Scholars At Risk have been among the bodies calling for his release, along with the Italian government. (ANSA).