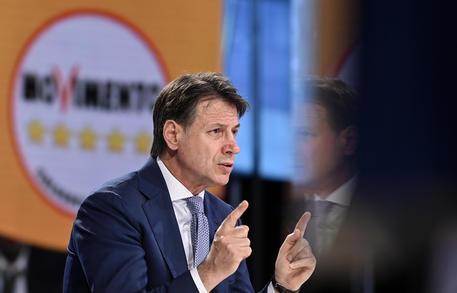 (ANSA) - ROME, AUG 4 - 5-Star Movement (M5S) members on Tuesday gave overwhelming backing to ex-premier and anointed leader Giuseppe Conte's revamp of its statute to reorganize the group, with 87.3% coming out in favour in an online vote.
Another vote on whether to confirm Conte's leadership of the M5S is set to take place on Thursday and Friday.
Conte agreed to lead a revamp of the M5S after his second coalition government collapsed at the start of the year.
Although he was considered close to the movement, he had not previously been part of it.
The Internet-based movement was only founded in 2009 but it fast won support among people disaffected by Italy's traditional parties and it was the individual group that won most votes in the 2018 general election.
It has now been part of three coalition governments though and, with the compromises that come with being in power, a signification chunk of its support has fallen away recently.
(ANSA).