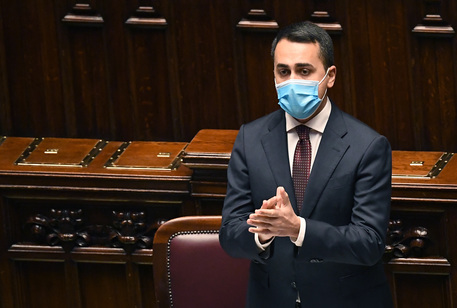 (ANSA) - ROME, FEB 24 - Foreign Minister Luigi Di Maio told the Lower House on Wednesday that Italy's Ambassador to the Democratic Republic of Congo, Luca Attanasio, and Carabiniere police officer Vittorio Iacovacci were "victims of a cowardly attack" this week.
Attanasio and Iacovacci and a Congolese driver, Mustapha Milambo, were killed on Monday while travelling from Goma to Rutshuru in the east of the African country where they were planning to visit a UN World Food Programme (WFP) school feeding programme.
Di Maio said that the government has asked the United Nations and the WFP to open an investigation into the attack.
"We have formally asked the UN and the WFP to open an investigation that clarifies what happened, the reasons behind the security provisions used and who was responsible for these decisions," Di Maio said as he reported to parliament on the attack.
"We have also explained that we expect clear, exhaustive answers in the shortest period of time possible". The minister said that a team from the Carabinieri's ROS special operations group was in DR Congo to gather evidence for an investigation by Rome prosecutors into the case.
Di Maio said other investigative missions would follow.
The DR Congo government has blamed Rwandan rebel group FDLR for the attack.
It said Attanasio and Iacovacci were killed by their assailants, ruling out the hypothesis that the friendly fire of Congolese security forces may have caused the deaths.
"We owe our fallen the truth before everything," Di Maio said.
"But the best way to honour the memory of Ambassador Luca Attanasio and Carabiniere Vittorio Iacovacci is to continue to strengthen our political attention for the African continent, something Luca strongly believed in with passion and dedication.
"He had devoted most of his diplomatic career and his personal efforts to Africa and the support of the weakest, with the activities organized by the Mama Sofia NGO founded by his wife Zakia in Kinshasa". The bodies of Attanasio, 43, and Iacovacci, a-30-year-old who was part of the ambassador's security detail, arrived in Italy late on Tuesday.
Autopsies are set to be performed on Wednesday.
Di Maio said Attanasio and Iacovacci were "heroes" and would have a State funeral in Rome on Thursday. (ANSA).