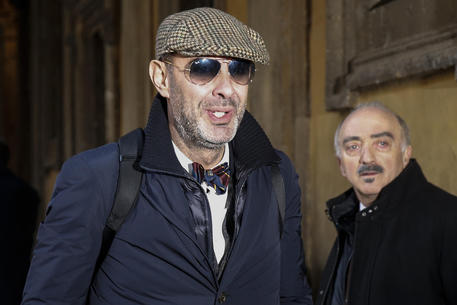 (ANSA) - PERUGIA, FEB 15 - League Senator Simone Pillon, known for his ultra conservative pro-life, pro-family and anti-gay stances, was cleared on appeal Monday of defaming Perugia gay group Omphalos LGBTI by saying their initiatives in schools were a front for "initiating" them into gay sex.
At the first instance trial almost two years ago, Pillon was fined 1,500 euros ordered to pay Omphalos 30,000 euros in damages for the allegation, made before he became a Senator.
The Senator for the far-right nationalist League claimed Omphalos was pushing a gay agenda in schools and trying to assert gender theory. (ANSA).