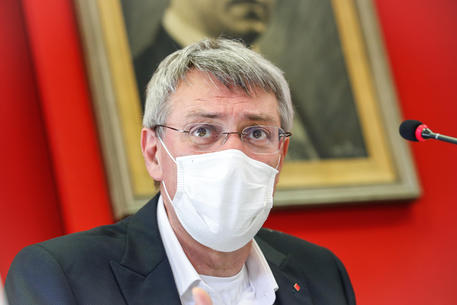 (ANSA) - ROME, FEB 10 - CGIL chief Maurizio Landini hailed Mario Draghi's willingness to talk to Italy's trade unions after government-formation talks with the former European Central Bank chief on Wednesday.
Landini, leader of Italy's biggest and most leftwing union, said such willingness had not been shown by political leaders "for some time".
Annamaria Furlan, leader of second-biggest union CISL, said after her talks with the premier.designate that a COVID-linked block on firings, which expires in mid-March, must be extended, echoing calls from CIGL and the third-biggest union, UIL.
(ANSA).