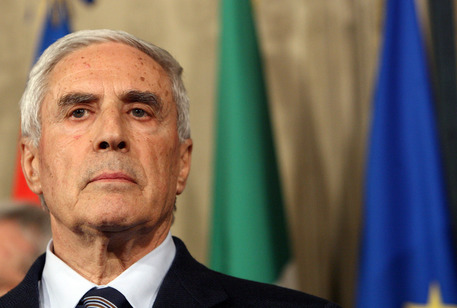 (ANSA) - ROME, FEB 9 - Former union leader and Senate speaker Franco Marini has died of COVID complications at the age of 87, his family said Tuesday.
Marini had a long stint at the head of Italy's second-biggest, Catholic-inspired trade union federation CISL.
As well as serving as upper house speaker, he was an employment minister and leader of the Italian Popular Party (PPI), a small heir of the once-dominant Christian Democrat Party.
He was also once seen as a centre-left candidate for the Italian presidency.
At the start of the year Marini tested positive for the coronavirus and was admitted to hospital in Rieti.
Centre-left Democratic Party (PD) biggig Dario Franceschini said "I lose a master, a father and friend" while PD leader Nicola Zingaretti said "a great Italian has left us".
The left wing of the former Christian Democrats helped form the PD along with the heirs of the Italian Communist Party (PCI), once the biggest Communist party in western Europe.
Former premier and European Commission Paolo Gentiloni said that Martini had "brought democratic (progressive) Catholics into the new century".
The current leader of CISL, Annamaria Furlan, said "his passing pains CISL and all Italians".
Mariastealla Gelmini of ex-premier Silvio Berlusconi's centre-right Forza Italia (FI) party said that Marini's "irony was the antidote to anti-politics". (ANSA).