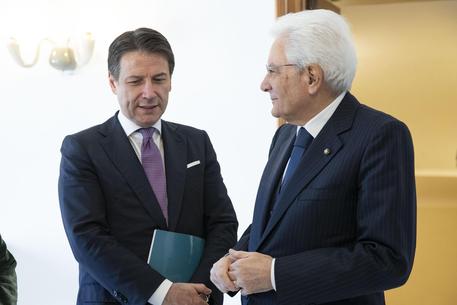 (ANSA) - ROME, JAN 13 - Premier Giuseppe Conte on Wednesday went to see President Sergio Mattarella for talks on an apparently looming government crisis, sources said.
The sources described the talks as "interlocutory".
Ex-premier and centrist Italia Viva (IV) leader Matteo Renzi has repeatedly threatened to pull IV out of the ruling coalition over alleged flaws in the government's 222.9-billion-euro COVID Recovery Plan.
Political observers say Conte may resign, there may be a new Conte-led government or merely a reshuffle, or a snap election where the right-wing opposition is favoured.
Renzi is set to address a press conference at 17:30 local (15:30 GMT) to announce his decision after IV's two ministers abstained in the approval of the Recovery Plan Tuesday night.
Mattarella will be the arbiter of any government crisis. (ANSA).