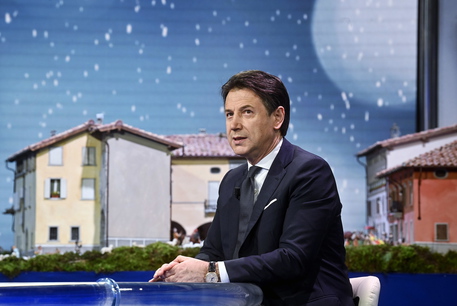 (ANSA) - ROME, DEC 23 - Premier Giuseppe Conte said Thursday that it is not up to him whether there is a government crisis and reiterated that he will only stay on if he has he support of all the parties in his coalition.
There has been major tension in recent weeks between Conte and one of the parties in the coalition, ex-premier Matte Renzi's Italia Viva (IV) party, over plans to set up a task force to oversee the use of the money Italy will get fro the EU Recovery Fund.
IV had threatened to withdraw its support for the government, saying the task force would sideline the government and parliament.
A truce between Conte and IV appears to be holding after Conte had a round of talks with the parties in the coalition to verify if he still has their support.
But the question has not been resolved.
"I'm not saying that there was never a climate of crisis," Conte told RAI's Porta a Porta TV show.
"I'm simply saying that the crisis is not in my hands.
"I haven't spoken much over the last few days but I've always made it clear that we only keep going if there is the confidence of all the parties that have supported the ruling majority up to now". (ANSA).