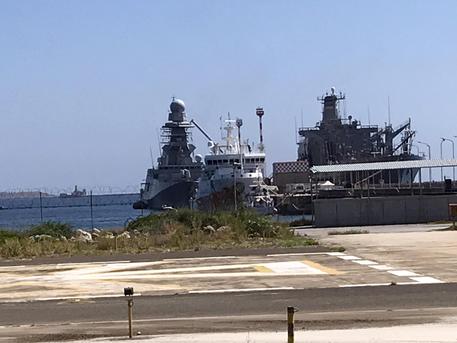 (ANSA) - ROME, DEC 9 - Nationalist opposition League leader Matteo Salvini will be in Catania Saturday morning to attend a hearing in the alleged abduction of migrants aboard the Gregoretti coast guard ship while he was interior minister last year, judicial sources said Wednesday.
Also expected to attend, the sources said, are Premier Giuseppe Conte, former transport minister Danilo Toninelli, and former defence minister Elisabetta Trenta, all also in office at the time.
The nub of Salvini's defence argument is that he acted in concert with the rest of the government.
Salvini refused a landing berth to the 131 migrants aboard the Gregoretti ship from July 27 to 31, 2019, when authorisation to land at Augusta near Siracusa came from a judge.
The case is one of several stemming from Salvini's former closed ports policy against NGO-run migrant rescue ships during his 14-month stint as interior minister.
He has said that he acted in defence of the nation and "in the company of Premier Conte" in his handling of the Gregoretti case and other cases, including that of the NGO ship Open Arms.
Salvini pulled down the first Conte government last year, a move that led to the creation of a new executive under the same premier but backed by a different coalition.
To Salvini's dismay, his former ally in the anti-establishment 5-Star Movement (M5S) buried their differences with long-time foe the centre-left Democratic Party (PD) to set up the new government, leaving him out in the cold in opposition.
He had been banking on exploiting the high polling numbers of the anti-migrant Euroskeptic League to force and win a snap general election. (ANSA).