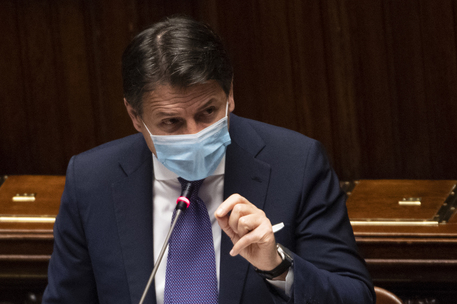 (ANSA) - ROME, NOV 2 - Premier Giuseppe Conte told the Lower House on Monday that his government will impose more restrictions because the spread of COVID-19 is continuing to rise including banning travel to at-risk regions.
"The contagion curve has made it necessary for us to prepare a new body of restrictive measures and adopt them before Wednesday," Conte said.
"The curve is rising fast in each continent.
"The EU is one of the areas hit hardest by the second wave.
"In the last few weeks the increase in COVID cases has been of 150 contagions for every 100,00 inhabitants and the situation in our country is deteriorating.
"The upswing has led to a significant multiplication in contagions".
Conte said Italy was heading towards a scenario 4 situation where lockdowns are usually ordered.
He said intensive care would be a at risk in 15 regions within a month.
He said strategies would be "modulated" with the regions.
Shows and museums will be closed at a national level, the premier said, and shopping centres will be closed at the weekend.
Middle and secondary schools will be ordered to use distance learning only.
The number of people allowed on public transport will be cut by half.
After sometimes violent protests against previous measures, Conte said "we understand people's anger but there should be no arguing about defending people's health".
He added "I urge people to remain united in a dramatic time".
Conte aid the government would make "every financial effort" to support employment.
The new package is also set to include a nationwide curfew at night kicking in at 21:00, Labour Undersecretary Francesca Puglisi told Sky TV on Monday.
There would be exemptions for people who need to be out for work reasons.
Italy has been registering around 30,000 new cases of the coronavirus each day over the last few days.
Conte has been in talks with regional governors about the measures.
There was reportedly disagreement during the talks between the governors, who wanted the measures to be uniform nationwide, and Conte, who is said to have wanted sealed-off 'red zones' to be created on the basis of contagion rates.
There have been violent protests in several Italian cities after the government's previous restrictions, which include the closure of theatres, cinemas, swimming polls and gyms and the obligation for restaurants and bars to stop serving at 18:00, and curfews imposed by some regions.
"The interventions will be uniform (across the nation) then, as written in previous decrees, each local authority can take additional restrictions within their own autonomy," said Puglisi.
"The restrictions will be national and then there might be the desire to make a distinction between regions whose R number is over 2 and those that have a lower index.
"But the measures, such as the curfew at 21.00, will be nationwide.
"Unfortunately, we have to sacrifice education with students physically present in class, changing it to distance learning, for all high schools and doing this for the third year of middle school is being discussed too". (ANSA).