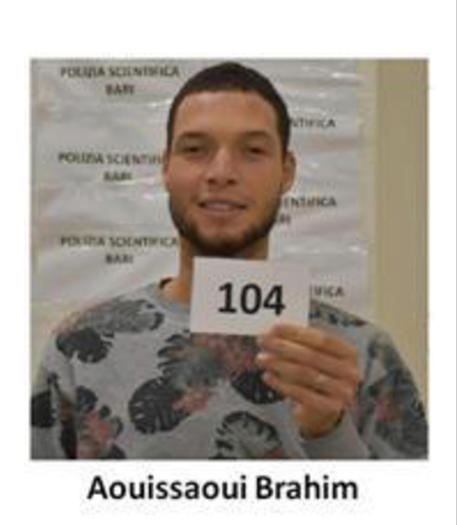 (ANSA) - ROME, OCT 30 - Interior Minister Luciana Lamorgese on Friday rejected opposition calls for her to resign because the Tunisian man who killed three people in Nice Thursday landed on the Italian island of Lampedusa last month.
Lamorgese said it was time to "stop the polemics" about Brahim Aoussaoui and to recognise that the triple murder was an attack on Europe for which the Italian government bore no responsibility.
"This is an attack on Europe, there is no responsibility of the government," the minister told Rainews and SkyTg24.
"It's time to stop the polemics", she said.
National opposition League leader Matteo Salvini, a former anti-migrant interior minister, said Thursday that if the reports Aoussaoui had landed at Lampedua were confirmed then Lamorgese should resign.
He was echoed by others on the right and centre right.
Salvini, who operated a closed-ports policy to NGO-run migrant rescue ships, has blasted what he calls the government's open-ports policy and its reform of his tough migrant and security decrees.
Aoussaoui, a 21-year-old Tunisian who killed a man and two women at a church in Nice Thursday, beheading two of his victims, landed at the Sicilian island of Lampedusa at the end of September and traveled to France at the beginning of October, Italian security sources said Thursday, confirming reports from the French city.
Another Tunisian, Anis Amri, arrived at Lampedusa as a minor in 2011, while a centre-right government was in charge, and went on to kill 12 people in a truck attack on a Berlin Christmas market in 2016.
Lamorgese stressed "there is no responsibility on our part" and denied that the government's changes to Salvini's decrees had made it easier fr terrorists to get into Italy.
"I have heard that people are talking about the security decrees which we have modified but I must say that (Salvini's) security decrees created insecurity because they put 20,000 people out onto the street, who left the reception system." One of Salvini's decrees stripped asylum seekers of humanitarian protection, and it was accused of turning innocent migrants into potential criminals.
Another decree levied huge fines on NGO migrant ships who flouted his blockade. The fines have now been sharply cut.
Lamorgese went on to say that similar cases to Aoussaoui had taken place "in the past, and so I ask myself why on earth the opposition forces which today apologized to France, to which I express all my solidarity, did not think of apologizing in other serious cases like the attack on the London underground, at London Bridge in 2017, and at (Barcelona's) Rambla in 2017".
Therefore, she reiterated, "it is time to stop these polemics, to be close to the French people and to the various European countries, because this is an attack on Europe.
"Let's not forget that Lampedusa and Italy are the gateways to Europe".
But Salvini, undeterred, said Lamorgese was "incompetent" and should resign.
He said Aoussaoui "landed a month and a half ago and then disappeared. The question is 'how many others have disappeared?'. We have asked. Some 640 (migrants= got off that ship, how many are still in Italy and how many have disappeared?" (ANSA).