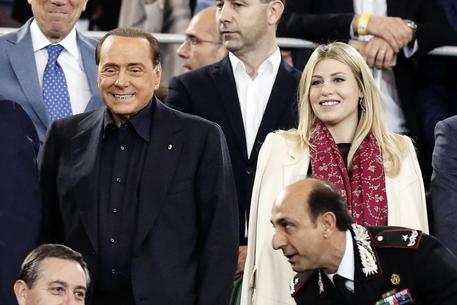 (ANSA) - MILAN, SEP 3 - Three-time former premier and media mogul Silvio Berlusconi has tested positive for the coronavirus, his centre-right Forza Italia (FI) party said Wednesday night.
Berlusconi, who turns 84 on September 29, had tested negative in Sardinia on August 25 after his friend, businessman and former Benetton motor racing boss Flavio Briatore tested positive after they met at the magnate's Sardinian villa.
But the centre-right politician has now tested positive "after a further precautionary test", FI said.
"This has happened to me too but I continue my battle," said Berlusconi.
He said he was ready to continue leading FI in regional and local elections across Italy on September 20-21.
Berlusconi is in isolation at his villa at Arcore near Milan.
Two of Berlusconi's children, Luigi and Barbara, also tested positive for COVID.
The media magnate turned politician received get well soon wishes from all sides of the political spectrum.
On Wednesday night Premier Giuseppe Conte telephoned him to give him his best.
Berlusconi, formerly the owner of seven-time Euroepan soccer champs AC Milan, was long the undisputed leader of Italy's centre right.
But FI was overtaken a few years ago by Matteo Salvini's surging League, a nationalist, Euroskeptic and anti-migrant populist party.
More recently FI has also been surpassed by another nationalist populist party, Giorgia Meloni's Brothers of Italy (FdI).
But Berlusconi insists FI remains the "linchpin" of the opposition to Conte's populist and centre-left government.
The two main government partners are the anti-establishment 5-Star Movement (M5S) and the centre-left Democratic Party (PD).
The M5S was formerly in government with the League but Salvini pulled the plug on that 14-month administration in August last year hoping to force a snap election.
Instead, to his surprise and dismay, the M5S formed an unprecedented alliance with their longtime foes in the PD.
(ANSA).