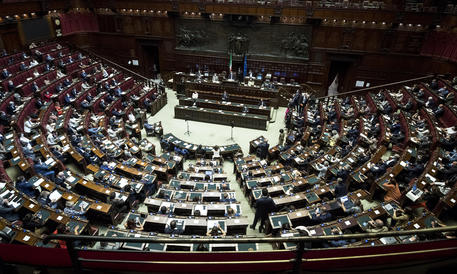 (ANSA) - ROME, 11 AGO - Italy's privacy watchdog said Tuesday that the nation's privacy rules do not prevent the publication of the names of a handful of lawmakers who claimed a 600-euro benefit designed to help self-employed people make ends meet during the coronavirus lockdown.
The case has caused a huge outcry, with politicians from all sides of the political spectrum calling on social-security agency INPS to release the names of the MPs who took this money.
INPS sources said Monday that privacy rules prevented them from doing this.
But the privacy authority does not see it that way.
"Privacy is not an obstacle to the publication of data regarding the beneficiaries of the contribution where, as in this case, it is not possible to identify a condition of social-economic hardship in the interested party," it said in a statement.
It added that this was even more the case when the people involved carried out public functions.
The lawmakers reportedly were able to claim the benefit because they also had active value-added tax accounts.
The cases and those of many local politicians were reportedly uncovered by the anti-fraud unit of pensions and social security agency INPS.
INPS was reportedly unable to press charges though as technically the MPs did not break the law.
But their conduct was clearly against the spirit of the legislation and has been widely condemned. (ANSA).