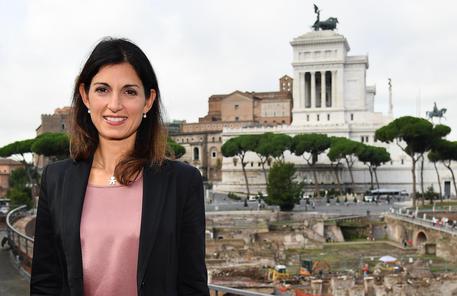 (ANSA) - ROME, 11 AGO - Rome Mayor Virginia Raggi has said she will run for re-election next year.
"I'm going to keep going," Raggi said during a video-conference with councillors from her 5-Star Movement (M5S).
"I'm standing again".
Raggi became the Italian capital's first woman mayor when she was elected with a landslide in 2016.
The 42-year-old, who is a lawyer by profession, has 10 months to go until the end of her first term.
Rome has been hit by big problems regarding trash management, public transport and the state of its roads during Raggi's administration.
She also came under fire from some quarters for sinking Rome's bid to host the 2024 Olympics.
But she has also won plaudits for, among other things, cutting waste and combatting illegal trading.
Her supporters argue that the roots of many of the city's problems date back to long before Raggi was first citizen.
The centre-left Democratic Party (PD), with whom the M5S is allied at the national level in support of Premier Giuseppe Conte's government, was critical of Raggi's decision to stand again.
"Raggi has announced that she is standing again, giving the thumbs up to the job she has done," said PD Deputy Secretary Andrea Orlando via Twitter.
"Nothing personal, but our judgement is different.
"Rome deserves more and something different to what it has had over the last few years.
"For this reason the PD is working to construct an alternative project".
Raggi had previously indicated that she would not run again.
One issue she will need to get around is the ban of the anti-establishment M5S on its elected officials serving more than two terms.
As she served a term as a city councillor before being elected mayor, technically her two terms for the M5S are up.
One option is for the M5S to hold an online vote of its members on whether to make an exception in this case. (ANSA).