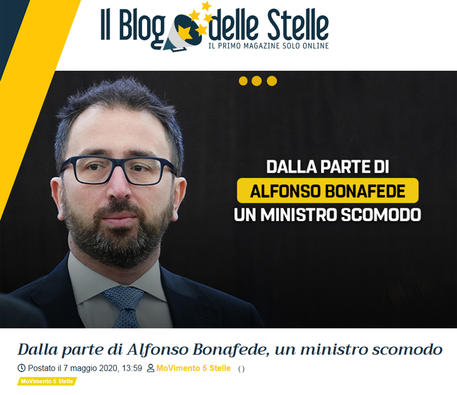 (ANSA) - Rome, May 14 - Italian surveillance magistrates have released for health reasons amid the coronavirus emergency a total of 498 prisoners incarcerated under the harsh '41 bis' regime for mafiosi or otherwise in high security, Justice Minister Alfonso Bonafede said Thursday.
Of these, 253 awaiting judgement are now under house arrest, 195 are in residential detention, and 35 have been entrusted to social services, he said.
The mass release of mafia bosses has spurred protests from inside and outside government and the executive and Bonafede have issued a decree aimed at bringing many of them back to jail, while stressing that the judiciary remains independent.
The centre-right opposition has filed a no-confidence motion in Bonafede.
Bonafede added that 110 prisoners were positive for the virus, three hospitalised, and 98 had recovered from it.
He said 204 prison staff were currently positive.
On March 2 the prison population was 61,235, and on May 12 it had dropped to 53,524, mainly because of a drop in entries.