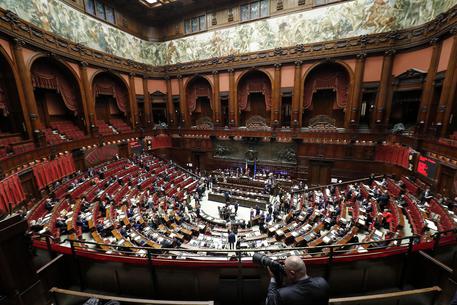 (ANSA) - Rome, January 9 - Giuseppe Brescia, the president of the Lower House's Constitutional Affairs committee, on Thursday said he has presented a bill that would introduce a new election system in Italy. The proposal is inspired by the German election system and has beeb nicknamed the 'Germanicum' as a result. It is based on proportional representation, with the first-past-the-post quota of the current system axed.
It would feature a 5% threshold for parties to have representatives in parliament, but there would also be a mechanism that would enable groups that do no reach that mark at the national level to win seats if they do well in several regions. "It is a basic text to spark a parliamentary debate from some clear points," said Brescia. Eight regions administered by the centre right, on the other hand, have filed a petition for a referendum on scrapping the proportional representation part of Italy's current election law.