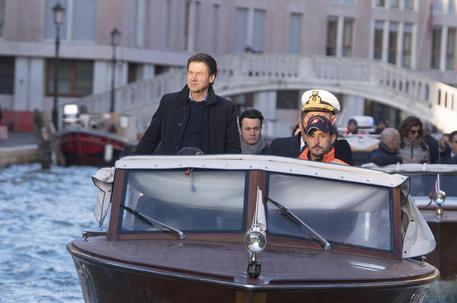 (ANSA) - Venice, November 14 - Premier Giuseppe Conte said Thursday that his cabinet will approve a decree later in the day declaring Venice to be in a state of emergency after floods brought the city to its knees this week. "This will make it possible to assign the first financial aid to pay for the emergency spending and restore services," Conte said after a meeting in the city with Mayor Luigi Brugnaro, Veneto Governor Luca Zaia and Infrastructure Minister Paola De Micheli.
The devastation caused by the flooding has led to controversy about the fact that the MOSE flood barrier system is still not operative after decades of planning and work and billions of euros of investment.
"Our commitment to Venice is total," Conte told ANSA on the way out of his hotel on Thursday.
"The situation in this unique city is dramatic. "Lots of money has been spent," he added regarding MOSE, which has been hit by delays and a corruption scandal.
"It's on the final straight and now it must be completed and maintained". De Micheli told Radio Capital that the aim was to complete the project by the end of 2021, while adding that "I hope that it is partially in use before then".